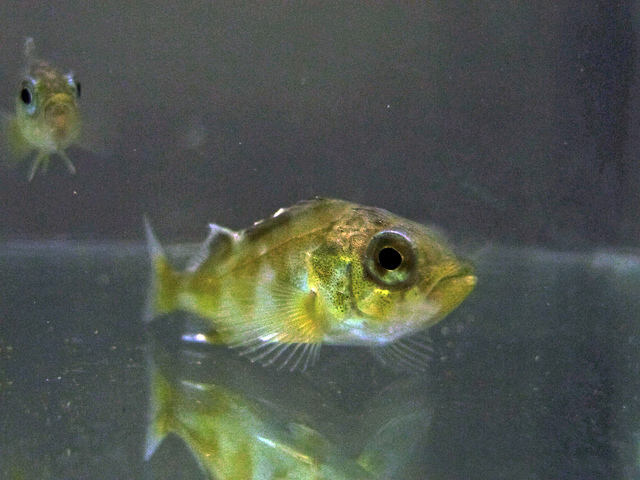 A growing base of scientific evidence has shown that the absorption of human-produced carbon dioxide into the world’s oceans is causing surface waters to decline in pH, causing a rise in acidity. This ocean acidification is known to disrupt the growth of shells and skeletons of certain marine animals but other consequences such as behavioral impacts have been largely unknown.

In a study published in the journal Proceedings of the Royal Society B (Biological Sciences), scientists at Scripps Institution of Oceanography at UC San Diego and MacEwan University in Edmonton, Canada, have shown for the first time that rising acidity levels increase anxiety in juvenile rockfish, an important commercial species in California. Using a camera-based tracking software system, the researchers compared a control group of rockfish kept in normal seawater to another group in waters with elevated acidity levels matching those projected for the end of the century. They measured each group’s preference to swim in light or dark areas of a testing tank, which is a known test for anxiety in fish. The researchers found out that normal juvenile rockfish continuously moved between the light and dark areas of the tank. However, experiments have shown that fish administered with an anxiety-inducing drug (anxiogenic) prefer the darker area and seldom venture into the light. Hence, dark-preference is indicative of increased anxiety in juvenile rockfish …